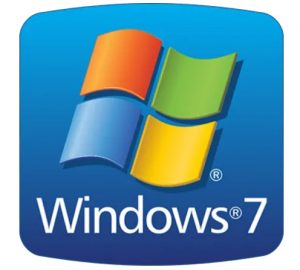 Microsoft will be stopping Windows 7 support from 14th Jan 2020.

At first I wanted to write a really detailed account of what your options were. To be honest, the further I got into writing, the more options I discovered. Then I realised that without knowing what you used your computer for, I couldn’t advise you.

There are many reasons that people won’t upgrade, but three immediately spring to mind:

a) Can’t afford a new computer

b) Don’t want to let go of what they have—whether that’s Windows XP, Vista or 7

I don’t like 10. I think it’s invasive. It has within it the ability to send all sorts of information to Microsoft and there’s no way of telling that it isn’t, despite turning those options off. Call me a conspiracy theorist if you must, but I’m a person who spent over two decades working in a secure environment, so you get the picture. If something can do something, it’s safer to assume it either is doing it or will. Nevertheless, once MS stop supporting Windows 7, it will become unsafe.

XP and Vista are working fine, thank you…

Now there are those of you out there who will say that they’ve been using XP or Vista for years and nothing bad has happened. Besides, just because it’s old, doesn’t mean I have to throw it away, does it?

Not at all. All it means is that things that were compatible with your machine are becoming fewer and fewer. Let me illustrate this… 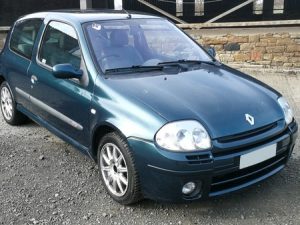 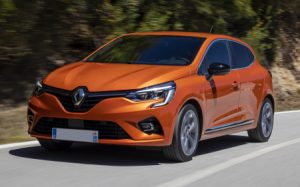 To the left is a 2001 Renault Clio and to the right is a 2019 Clio. The two cars are worlds apart. Even from a cursory glance at the body styles, you can see that there won’t be much—if anything on the old one that would fit the new model. It’s the same when comparing today’s technology with the technology when Windows XP first came out.

This is not to suggest that you’re machinery is the same age, but the technology basically is.

Technology has moved on—significantly in many cases. Indeed, not only has the technology that we think of as good moved on, but also the bad stuff too.

Microsoft did an emergency bail-out shortly after the plug was pulled from Windows XP support, when a huge ransomware attack happened. That kind of bail-out is unlikely to happen again.

As new bugs, security holes and other issues are discovered, Microsoft have stated they will not be patching, filling or otherwise dealing with problems in XP.

It’s not just the operating system though. Along with ceasing support for XP, Microsoft also ceased support for Internet Explorer. Now that Chrome and Firefox don’t support support it either, makes you extremely vulnerable.

Is there anything I can do?

BT in the UK suggested that people still using it are living on borrowed time. All you can do is ensure that you’re completely up-to-date with XP updates and ensure too that your antivirus/anti-ransomware software is also maintained. Other than that, you can only keep your fingers crossed and hope for the best. That same sentiment goes for Vista users too.

Thankfully, the situation for Windows 7 users is not nearly as immediate. The last update will be in January of 2020 and since updates to the operating system have only really been happening monthly, you’ve probably got nothing to worry about … yet. You may have nothing to worry about for a while, but sooner or later, more bugs will be uncovered, which won’t be fixed, some of which may be detrimental to your on-line security or even the security of your data in general.

So with Windows 7 support not stopping until Jan 14 2020, the urgency that surrounds XP and Vista users just isn’t there with Windows 7 … but it will be.

So I know about the issues, now what are my options?

There are few options if you want to remain with a Windows environment:

The first three points (above) assume you are happy to migrate to Windows 10, but I know numerous people don’t like it. With Windows 7 support stopping on Jan 14 2020, they’re aware they have to do something, but with regards to Windows 10, they’ve seen it or tried it and don’t like it.

Many are not comfortable with an operating system that as I said above, sends information about you, your programs, you internet habits, even keystrokes back to Microsoft.

Fear not. There is an option, but in all honesty, it’s not for the faint-hearted. 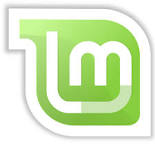 Linux is an open-source operating system and in my opinion, is a viable solution to using Microsoft-based software. It comes in several types—click here for the top ten—I use Linux Mint.

The Pros and Cons

There are pros and cons of course and one of the downsides with Linux is that it doesn’t run Windows software. Then again, neither do Macs. There are ways to run some software Windows applications perfectly well while some kind of run and others don’t at all. In addition, Windows has a greater degree of backwards compatibility. There are some hardware configurations, on-board graphics systems—especially on laptops—that Linux doesn’t like. So it’s not capable of running on any machine.

With Windows, you are notified that new updates are available, but in Linux you have to start them. Once they’re done—unlike in Windows more often than not—there’s no reboot necessary and they’re quick.

The biggest downside is that Linux is probably best described as being for the more “hands-on” user. There is a user interface, but not everything can be controlled or changed via it. It’s is gradually becoming more graphically orientated, but there are some things that just have to be done in the “console” using a line of what looks like gobbledygook. Even I have yet to get to grips with that and I’ve been using Linux for some time now.

The biggest upside is that it’s free and it will run on much lesser machines than Windows 10. Also most graphics card manufacturers provide drivers for Linux, as do printer companies. Even my fifteen year-old HP all-in-one printer works perfectly well under Linux and that includes the scanner.

Another upside is that unlike Windows 10, which appears to have everything you need, Linux really does. In Windows 10, “everything” only extends to being trial versions of software you will have to pay for on a monthly or annual basis. Which isn’t cheap.

Mint comes with Firefox for the internet (and 64 bit machines can install Chrome) and Thunderbird for emails. There’s an “Office” suite: LibreOffice (including a spreadsheet, word processor, presentation software, lightweight drawing package and a relational database). There’s also Gnu Image Manipulation Program or GIMP for graphics (like a lightweight version of Photoshop that also uses layers). There are also oodles of other applications, games and stuff which is all free.

The office programs can read and write in Word or Excel formats (*.doc, *.docx, *.xls and *.xlsx) and Write will even convert to PDF quickly and simply.

Is there a learning curve? Oh yes, but it doesn’t take long to pick up. If you’ve used Windows or can operate a mobile phone, it’s not that difficult to migrate to Linux.  Also, as you will see from my other posts here, my opinion is that the learning curve of Mint is much less than that of Windows 10. It’s quicker to install and you don’t have to worry about nasty spyware on your computer (or Windows 10, to give it it’s official name). It doesn’t even need antivirus as there’s virtually none out there for Linux machines. What targets Windows machines doesn’t work on Linux. Win-win!

Many have said that they wouldn’t want to move away from MS Office or other Windows-based applications, but in all honesty, the Linux versions aren’t so different. Some of you will have used Open Office, but this is better. I can’t say I would want to use GIMP over Photoshop, but then there are numerous things I have in Windows that I wouldn’t want to let go of.

I have installed versions of Mint on machines ranging from a twenty year-old XP box to a quad-core ex Win 7 machine with great results. I’ve even got a Linux laptop. It’s a great way to use older hardware rather than throw it away—especially when it’s still working!